Over the last year, one portion of the Law School Faculty Tower underwent some renovation, adding more accessible technology to better meet the needs of the faculty. To make room for the new additions, the display about Dean George Young needed to be moved. Fortunately, the library had a great space for it and was able to put together a display that provides students and all library users with background on one of the Law School’s most well-respected deans and faculty members.
George H. Young was member of the Law School faculty from 1950 to 1981, serving as Dean from 1958 to 1968. Dean Young made substantial contributions to the Law School and the University in a number of areas, ranging form overseeing the expansion of the Law School to working with NCAA and Big Ten athletics. He was known for always keeping an ‘open door’ for students.
During Young’s time as Dean, the Law School’s enrollment and faculty doubled. The new Law School building was constructed while Young was Dean, and the faculty became more diverse, including the hiring of Margo Melli and Shirley Abrahamson (the first tenured female faculty members). He was also an integral part of adding Jim Jones (the first African-American faculty member) to the faculty. Finally, the Law School was able to weather the tumultuous time when student protests were at the boiling point while Dean Young was in charge. Dean Young was involved in nearly every facet of the Law School, from the Law Review to expanding interdisplinary faculty.
When Dean Young died in 1981, the Law School passed a resolution to always reserve a space in the building dedicated to his memory. That space is now located near the library entrance on the fifth floor. Stop by and learn more about Dean Young next time you are here. 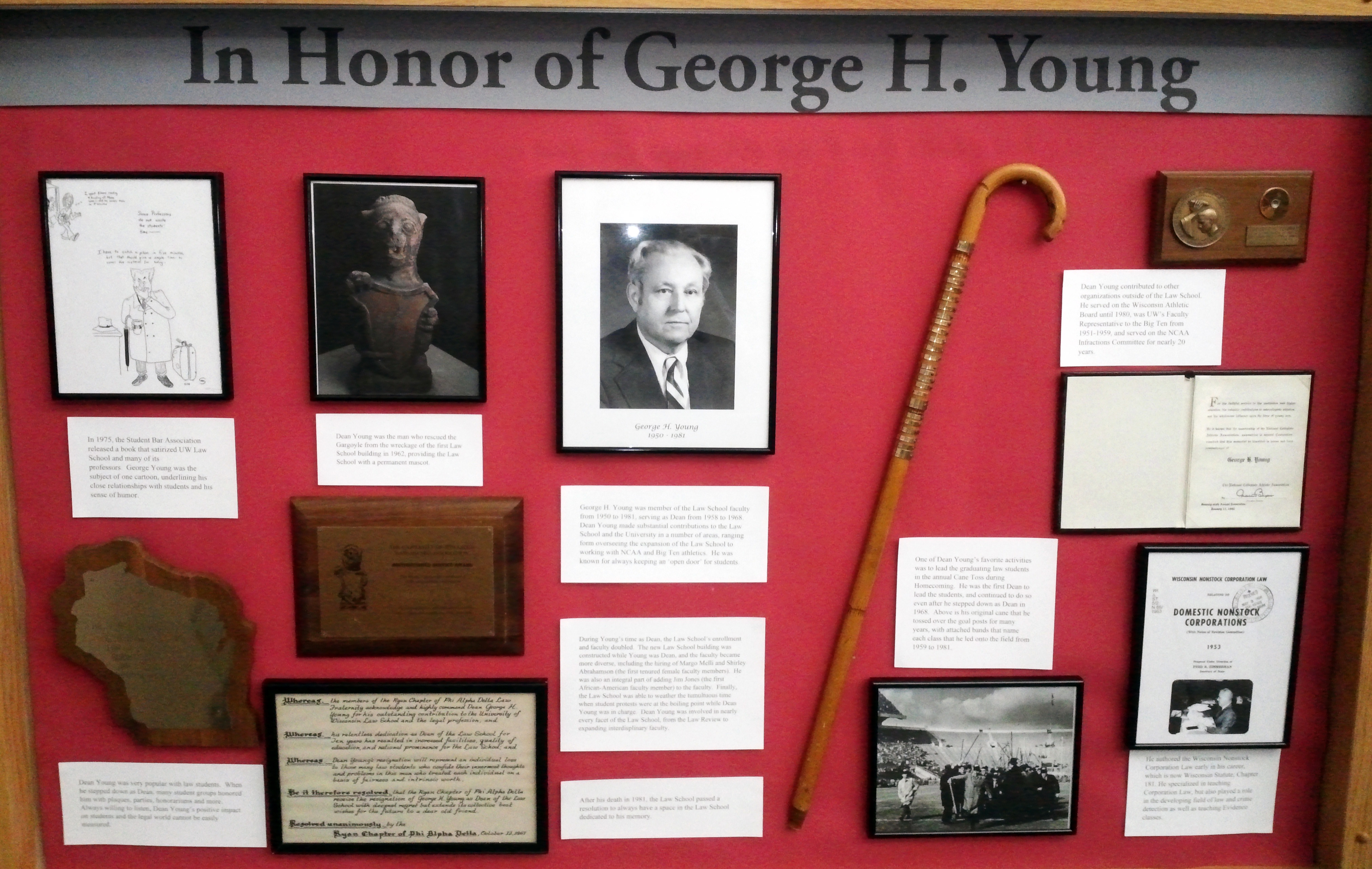