On the latest episode of the WI Law in Action podcast from the UW Law Library, host Kris Turner interviews Professor S. Lisa Washington, the 2021-22 William H. Hastie Fellow at the University of Wisconsin Law School. Prof. Washington previously worked as a public defender in New York City, defending clients in family court. She also supervised students in the family court defense clinic at the Cardozo School of Law. Her article, “Survived and Coerced: Epistemic Injustice in the Family Regulation System,” is forthcoming in the Columbia Law Review.

Below are a few excerpts from our discussion.

Washington on use of the term “family regulation system” to describe what is commonly called the “child welfare system”: 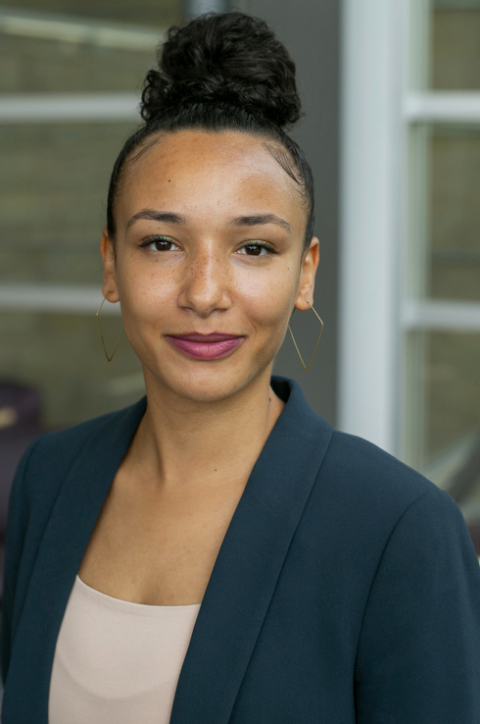 It was really important to me that my language really reflects the nature of the system. And because I don’t believe that the system is a benign system that really truly focuses on the welfare of parents, of their children or of families and the communities that they live in. I wanted to highlight a word or use a word that really describes or gets at the punitive nature of the system and the way that the system intersects with other carceral systems… It’s important to highlight those power structures and how they relate to marginalized communities.

Washington on the role of survivor narratives in carceral and family regulation systems:

I think sort of the most harmful part of this is the idea that there’s only one true narrative or one true response…  It’s often women who are represented in cases like this are perceived to be helpless, that they’re perceived to be weak and that therefore they’re bad mothers, they’re manipulated in a way that they can no longer make any decisions for themselves or their families. And there’s very little nuance in those narratives. There’s very little room for people who are involved in the system to say, this is the support that I actually need. And the support that I need is not necessarily the state intervention that the family regulation system is contemplating.

And so I think one problem is sort of that there’s this one boiler plate narrative that someone has to tell, or that the family regulation system relegitimizes over and over again by coercing narratives from survivors… And if we go back to the roots of the anti-violence movement in feminist legal scholarship,… at the center of that was agency and women making choices and people who are sort of in violent relationships, making choices for themselves about how they would want to respond to that, and what kind of support they needed.  That nuance is being taken out in the family regulation system.

Washington on the connections between the family regulation system and other systems:

The family regulation system has a lot of power on its own because it can remove children from their families, sometimes temporarily, but sometimes more permanently… But it also has a lot of power in that it operates with other systems…  And people who are entrapped in that system realize that, and that they know that they’re up against a lot. They know that their employment might be at stake. Their family composition might be at stake. Their ability to stay in this country may be at stake.

Washington on epistemic injustice in the family regulation system:

[Survivors are] basically asked to confirm what the system already holds as true or believes or thinks is valid knowledge. And everyone who doesn’t comply with that is discredited or ultimately is excluded from contributing anything about child safety, about violence, about family support. But, it also legitimizes that system itself by excluding certain narratives about that system, by excluding narratives that would tell no, this was actually harmful for me. This was harmful for my family…

Washington on the harmful use of “insight” in the family regulation system:

It is a really vague subjective term that operates on a case by case basis, and is often weaponized in a way that it is used after a parent has complied… And so parents find themselves in a conflicted situation because they might have to come up with a narrative that shows “insight” when they don’t actually believe that what the listener wants to hear is correct. And so that’s a tension that we find a lot, and is a tension that can feel really punitive to have to sort of parrot back a narrative that is not your own narrative.

And I think that’s sort of a big part of this epistemic injustice piece, and a part that discredits those who are unable to tell that narrative and excludes their experience… It leaves them without the possibility to share what would actually have been helpful.

To read more of Professor Washington’s scholarship, visit her page on SSRN. She is also active on Twitter @SLisaWashington.