On the latest episode of the WI Law in Action podcast from the UW Law Library, host Kris Turner interviews UW Law’s David M. Trubek, Voss-Bascom Professor of Law and Dean of International Studies Emeritus and Richard Abel, Michael J. Connell Distinguished Professor of Law Emeritus at UCLA Law.  Profs. Trubek and Abel discuss their recent symposium issue, “The Short Happy Life of the Yale Program in Law and Modernization: From the Cold War to Comparative Legal Sociology and Critical Legal Studies,” published in the Journal of Institutional Studies. Profs. Trubek and Abel discuss how the program came about, its goals and ideas, and how it came to end after 7 years.

Below are a few excerpts from our discussion.

On what the Yale Program in Law and Modernization was: 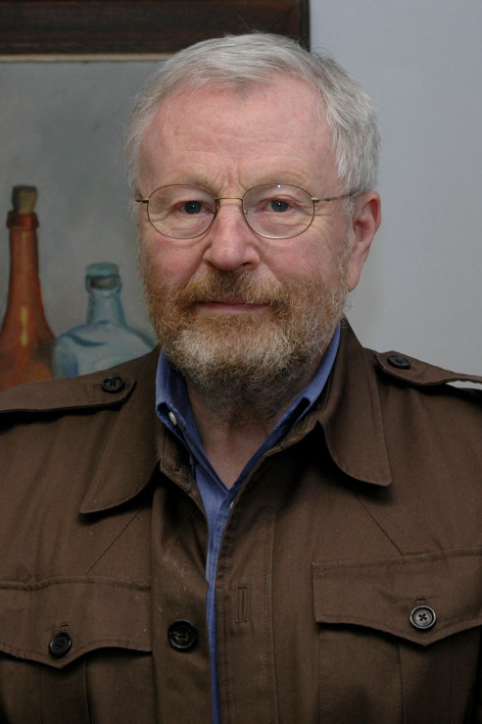 Trubek: It was a multi-year program supported by the US foreign aid agency, USAID to try to understand how law played a role in development in the, what was then called the third world and how programs might be created to improve laws role in the development process and it involved both lawyers and also social scientists and people from the United States and from many other parts of the world.

On the program’s goals:

Trubek: The goals were to create a body of literature on the role of law and economic development of which there was very little at the time and secondly to train a group of people who could contribute to this literature and then train a group of people who could be actors carrying out development policies in various parts of the world. It was a development studies development training kind of concept with a very strong emphasis on the need for in-depth theoretical work because of the paucity of available materials at the time.

Abel: Given the flexibility and the open-endedness of the way we ran the program there were many people who came to us without any particular commitment to development as such but whose work we thought would cast light on the issues we were trying to understand and so from the very beginning it was not tied to an immediate programmatic or practical agenda of development projects.

On why it was called law and modernization:

Trubek: Yeah, why didn’t we use modernization not development? That’s an interesting question because it reflects the time and the sort of ideology of American foreign aid policy at the time… Modernization theory had been adopted by the US foreign policy establishment as the sort of guiding light, the source of guidance for development and it was very conducive to American influence because it portrayed the process of development as a unilinear process leading from tradition to modernity and ending up with advanced capitalism and the United States was the highest embodiment of modernity.

Therefore, if you try to transform these countries into American style countries, you were modernizing them. You didn’t have to call it Americanization, you could call it modernization. This was a kind of ideology of foreign influence that was very powerful and it was accepted in the social sciences of the time as a legitimate theory subsequently has come under tremendous criticism… it was a very problematic formulation but of course it was a necessary formulation to get money from the government that was using it as its main ideological symbol for the foreign aid enterprise

On how the program changed over time:

Trubek: [The program shifted from an] immediate focus on contemporary development issues and the pragmatic tasks of reforming legal institutions in particular countries… to much broader questions about law in society and the role of law in various forms of social and political and economic transformation. We moved from the immediate and pragmatic to the broader theoretical and then back, of course, and that’s part of the story. I think that was a big change. Of course, also the program became much larger as we attracted more people and different voices particularly bringing more people from the third world and from Europe as well as from the United States.

On the freedom to pursue their ideas:

Trubek: I don’t think you can understand the history of the law of modernization program… unless you understand that the scale of it was sufficient to allow us to really have our own little world… We had a very large group and we were outside of the mainstream of American legal thinking by then and we were in a space of our own where we could pursue our ideas largely without much criticism or control from people within the law school or the rest of the world who might’ve thought that we were moving in the wrong direction and I think that space idea is essential to understand the rest of the history.

On the program’s reception at Yale:

Abel: I felt that Yale was largely indifferent and then it turned out actually quite unsympathetic to what we were trying to do…  there was little or no engagement.

Trubek: The other side of the story, there’s the story of the indifference of the faculty but there’s the story of the students in that period and I think we’ve already mentioned that but the students that is the JD students and the fellows who tended to be most of them about the same age or roughly the same age doing master’s degrees a couple of years out of law school or doing social science work, Yale was a center of a lot of protests and political ferment and that obviously was going on and had an influence on what was happening within our enclave as Rick described it, probably more influence than on the law school as a whole because we were heavily represented. The makeup of the group was more sympathetic to these new radical ideas and critiques than the law school faculty.

On why the program was terminated:

Trubek: We were terminated first and then the program was terminated so there are two really different although related issues. I think that Rick has already suggested that we were quite distant from the core of the Yale law school faculty in a time when they were under siege by radical students… The faculty was unsympathetic to the full enterprise. I think the core of the faculty was unsympathetic to our enterprise as a purely intellectual matter and then they were concerned about the potential radicalism of all the junior faculty…

So then you move on to the termination [of the program] two years later. It was taken over by two people on the faculty who moved it back in more conventional directions of training foreign lawyers in the American legal system and how to transplant it. I think that was pretty much what happened to it. AID lost interest in the program. I think that had more to do with shifts within AID than anything particular about our program… I think though that it was a combination of they lost the leadership, there was no energy left at the Yale side and the AID was no longer interested in law and maybe had not been particularly interested in it for a while and this just took a little bit of time to get realized.

On the program’s legacy:

Trubek: I just want to read you this quote because I think it really captures the whole story, “The law and modernization program helped to kill the antiquated scholarship and politics of the liberal legalist welfare state and the program of reform abroad through modernization. The theories and ideas produced by that challenge did not find winning political sponsors but they played a crucial role in developing critical approaches that helped upgrade legal scholarship and they continue to inspire new generations seeking alternatives to today’s complacent establishment theories.” I’m happy to have that as the epitaph on the program.