The exhibit presents the groundbreaking career of Wisconsin’s first woman justice, her impact on the Wisconsin court system, and her place in history. It highlights causes she championed—women’s rights, civil rights, public understanding of the court system, and the importance of an independent judiciary. It presents these themes through archival photos, video clips, stories, and quotations. 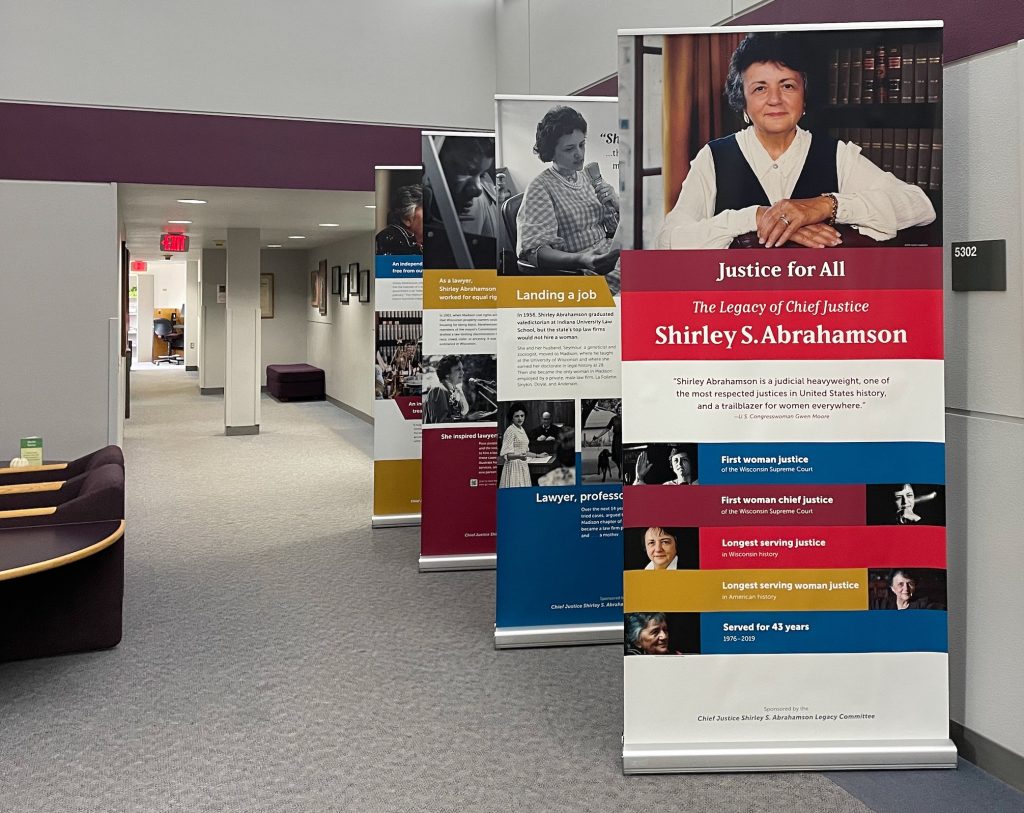 The Law Library is pleased that we were chosen to host the exhibit since Chief Justice Abrahamson had strong connections with the UW Law School.  According to her biography:

[The Abrahamsons] headed to the University of Wisconsin-Madison [in 1956]. There, Seymour did a year of postdoctoral work, and Abrahamson started her doctorate with Professor Willard Hurst, the founder of the modern field of American legal history….

Shirley Abrahamson finished her doctorate on the history of the Wisconsin dairy industry and was admitted to the Wisconsin Bar in 1962. There were few women lawyers in Madison then, and most were employed by the government. A handful of these women practiced solo or in law firms with their husbands or fathers. Abrahamson was the first woman hired by a private firm in Madison—LaFollette, Sinykin, Doyle & Anderson…

The University of Wisconsin Law School offered Abrahamson a professorship in tax law in 1966. She accepted on the condition that she would come in as a tenured professor and that her colleague and friend, Assistant Professor Margo Melli, would also receive tenure. The two became the first tenured female professors at the law school. Despite the extraordinarily heavy workload, Abrahamson loved teaching and practicing law so much, she continued to do both for the next 10 years.

In addition to the UW Law Library, the exhibit will also be on display at several other locations throughout the state.