The year 2020 marks the 100th anniversary of the passage of the 19th Amendment, guaranteeing and protecting the constitutional right to vote for women.  In honor of the anniversary, the American Bar Association’s Standing Committee on the Law Library of Congress launched a traveling exhibit tracing the movement that not only secured passage of the 19th amendment, but also its influence on subsequent movements related to equal rights. 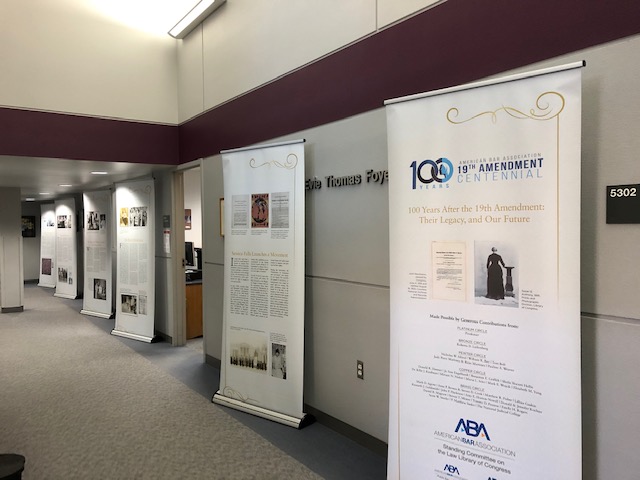 The UW Law Library is proud to host the 19th Amendment traveling exhibit which features archival images, mainly from the Library of Congress, and supporting text that tell the story of the 19th Amendment and its catalyst role in promoting democracy. The exhibit consists of six large freestanding banners and is on display on the 5th floor of the Law Library near the entrance.