On the latest episode of the WI Law in Action podcast from the UW Law Library, Professor Cecelia Klingele discusses her work in the area of criminal justice reform, particularly on managing human behavior and conceptions of deviance.  She recently published two articles in this area: Labeling Violence published in the Marquette Law Review and Making Sense of Risk published in Behavioral Sciences and the Law. 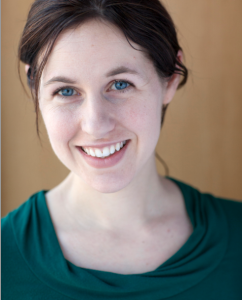 Professor Klingele on the use of actuarial risk assessment tools in criminal justice to predict whether individuals will engage in particular behavior:

“It’s really essential that people within the criminal justice system, lawyers, judges, correctional, officers, police officers, understand what the tools they are using do and what they don’t do. And my experience training people in the field on this topic is that often there are some really fundamental misconceptions that state actors have about the tools they’re using. And so I think if we’re going to be using them in a way that is helpful and fair, that improves equity rather than undermines it, we need to be doing a better job of helping people understand how these tools are created and what purposes they can validly serve….

We often shorthand the results of risk assessment tools by saying that they predict the odds that someone will engage in criminal conduct…  [Rather these] tools are telling us about your odds of getting caught rather than your odds of doing something wrong. I think is important for purposes of equity and fairness, that we need to remember that there are people who are more likely to be entangled in the criminal justice system than others. Sometimes that’s about their actual underlying conduct, and other times it’s about the environments in which they live and the degree to which their behavior is being policed.”

Professor Klingele on labeling violence and acknowledging our capacity to do harm:

“It is very easy when we start classifying behavior as criminal or non-criminal and people as criminals or non-criminals to create this deep dichotomy between us and them, the good guys and the bad guys, the people who commit crime and the people who are upstanding citizens. And I don’t think that’s right. I think it’s wrong. And I think that it invites us to lie to ourselves in ways we find comfortable about our own capacity to do harm. And it allows us both to sometimes over condemn and over punish people who do commit crime and to under identify an underreport and under-check our own damaging behavior, including behavior that manifests in the criminal justice system itself through excessive violence by state actors….

The rhetoric of criminal justice is about holding people accountable for the harms they have caused. And yet the system itself almost never holds itself accountable for the harm that it causes. And often we don’t do so because we justify with this narrative that we are better than them, that we are the good guys punishing the bad guys. And that relieves us of moral responsibility to be self-reflective about the systems we have built and the lack often of accountability mechanisms that exist for ensuring that state actors are using their power, which they need to have in order to have a criminal justice system, to have accountability. We will have to give some people power but we need to make sure that that power is checked and supervised and constrained. And I don’t think we will be able to do that or have the will to do that well unless we first acknowledge all of the ways in which our system itself is often quite violent and quite destructive.”

To read more of Professor Klingele’s work, check out her profile on SSRN or follow her on Twitter at @CeceliaKlingele.